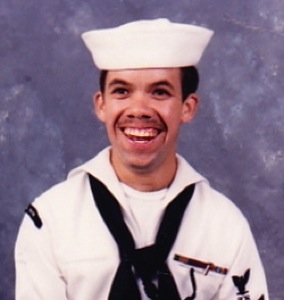 Craig was born in Cortland, NY on September 13, 1963, a son of Edward Scoville and Sandra Saplin Vosburg. A 1983 graduate of Cincinnatus Central School, he was a member of the Bible Baptist Church, Cortland. He served in the U.S. Navy from 1983-1992 where he was deployed during Desert Storm. After serving in the U.S. Navy, he graduated from Schroon Bible College. He was previously employed at Gutchess Lumber, Cortland. Craig enjoyed hunting and listening to his country music.

He is survived by his mother, Sandy (Butch) Vosburg of Cincinnatus, and his father, Edward (Rose Cook) Scoville of Truxton. He also leaves behind his siblings, Howard (Debbie) Scoville of Cortland, Michelle (Neal) Jorgensen of Oxford, and Melinda Rigo of Endicott; several aunts, uncles, nieces, nephews, and cousins.

Funeral services will be held at the K.L. Sharp Funeral Home, Cincinnatus, NY on Monday, April 9, 2012, at 1:00 p.m., with Reverend Palmer Neumeister officiating. Burial, with military honors, will be in Pitcher Cemetery. The family will be present to receive friends at the funeral home from 12:00 noon until the start of the service at 1:00 p.m. Expressions of sympathy in memory of Craig may be directed to the NYS Veteran's Home at Oxford, 4207 State Highway 220, Oxford, NY 13830 or to a charity of one's choice.

To order memorial trees or send flowers to the family in memory of Craig R. Scoville, please visit our flower store.