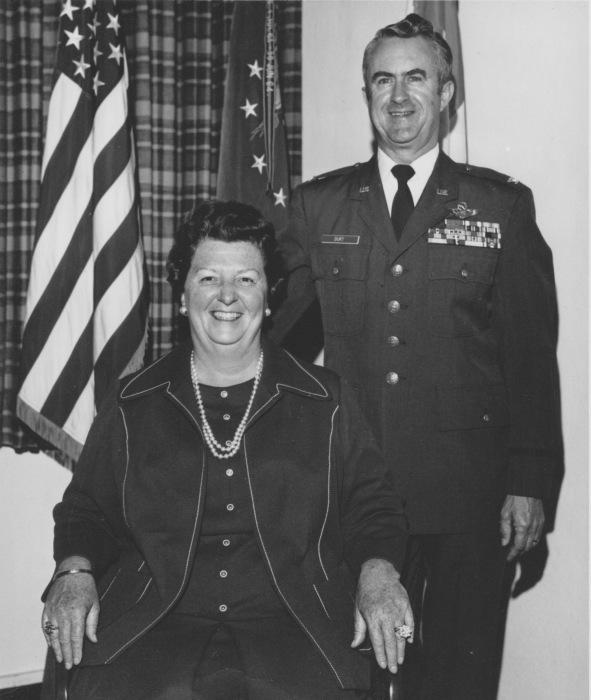 Born in Cincinnatus, NY, on May 19, 1921, Bob was the son of the late Lewis and Sara Snodgrass Burt.  Bob proudly served in the U.S. Air Force during WWII.  He made the military his career for over 30 years until his retirement on April 1, 1978 and attained the rank of Colonel in 1968.   He received his bachelor’s degree from Syracuse University and, while serving in the military, received his master’s degree in electrical engineering.  Also, during his military career, he served as a member of the Security Service, and more recently a member of the Knickerbocker American Legion Post #596.  Bob was a member of the United Presbyterian Church of Cincinnatus where he served as a lay minister.  He became a Mason on April 18, 1990 in Cincinnatus Lodge #706 F&AM and served as master in 1994 to 1996.  He also served Grand Lodge as Grand Sword Bearer from 1994 to 1996.  Upon his retirement from the military, he and his wife, Ida, traveled together and took great pleasure in seeing the sites of the world.

He was predeceased by his wife, Ida, on May 6, 2005; a brother, Raymond; and sisters, Beverly Woodmansee and Lorraine Whitten.

A graveside service, with military honors, will be held at the Cincinnatus Cemetery on Saturday, August 11, 2018, at 11:00 a.m. with Pastor George Carruth officiating.  Expressions of sympathy in memory of Bob may be directed to the United Presbyterian Church, 5695 Deer Path Lane, Cincinnatus, NY 13040.

To order memorial trees or send flowers to the family in memory of Robert L. Burt, please visit our flower store.