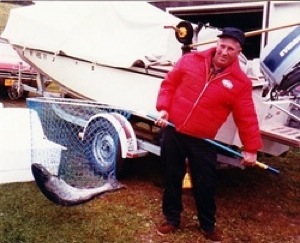 Mr. Loomis was born in N. Pitcher, NY on December 1, 1934, a son of the late Ashville and Hazel Wood Loomis. A lifelong resident of the area, he was a self-employed farmer and dozer operator for over 50 years. He served as a former town councilman and tax assessor for the Town of Pharsalia for many years, and worked at the Chenango Co. Dept. of Soil & Water Conservation in his earlier years.

He is survived by his children, Gary (Malinda) Loomis and Jerry (Kathy) Loomis, all of N. Pharsalia; and his grandchildren, Danielle, Gary, Jr., Erica, and Jessica Loomis. He also leaves behind his brothers, Richard (Claudia) Loomis of Morrisville, Steve (Joette) Loomis of S. Otselic, and Dave (Kai) Loomis of N. Pitcher; and his sisters, Kareen Gibbons of Plymouth and Mary (Sal) Maggio of Rehovoth Beach, DE; and several nieces, nephews, and cousins.

He was predeceased by his wife, Eleanor Franklin Loomis, on August 12, 2002.

Funeral services will be held at the K.L. Sharp Funeral Home, Cincinnatus, on Thursday, December 10, 2009, at 11:00 a.m. with Jeanne Angell officiating. Burial will be in Preston Cemetery. The family will be present to receive friends at the funeral home on Wednesday evening from 6:00 p.m. to 8:00 p.m. Expressions of sympathy in memory of Mr. Loomis may be directed to the Hospice of Chenango Co., 21 Hayes St., Norwich, NY 13815.

To order memorial trees or send flowers to the family in memory of Robert V. Loomis, please visit our flower store.