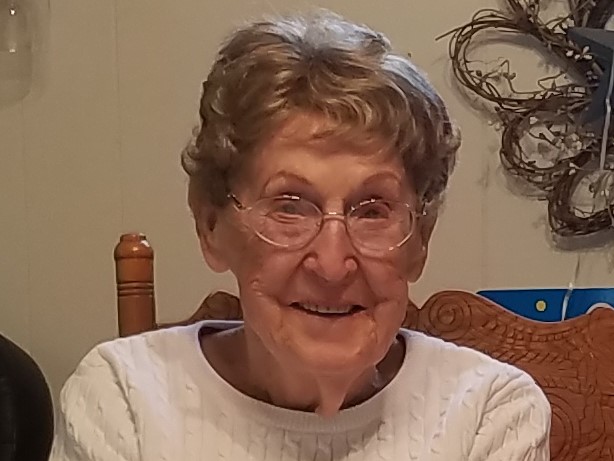 Born in Pitcher, NY, on June 4, 1923, Mrs. Jordan was one of ten children born to  the late Frank and Lottie Smith Harris.  A lifetime resident of this area, she was a member of the United Presbyterian Church of Cortland and a former member of the McGraw United Methodist Church.  She retired from Smith-Corona in 1984 after 20 plus years of service.  She was a member of the Four Score Club and RSVP and was an honorary life member of the Solon Sportsman Club.  In her spare time, she volunteered for several years at CRMC, the American Red Cross, and the Meals on Wheels Program.  A loving mother and grandmother, she will be dearly missed by her family.

The family will be present to receive friends at the K.L. Sharp Funeral Home, Cincinnatus, NY, on Thursday from 5:00 p.m. to 7:00 p.m.  Funeral services will be held at the funeral home on Friday, December 14, 2018, at 2:00 p.m. with her pastor, Reverend David Johnson, officiating.  Burial will be in McGraw Cemetery at a later date.  Expressions of sympathy in memory of Mrs. Jordan may be directed to the United Presbyterian Church of Cortland, 25 Church Street, Cortland, NY 13045 or the McGraw United Methodist Church, 20 E. Main Street, McGraw, NY 13101.

To order memorial trees or send flowers to the family in memory of Ruth M. Monroe Jordan, please visit our flower store.