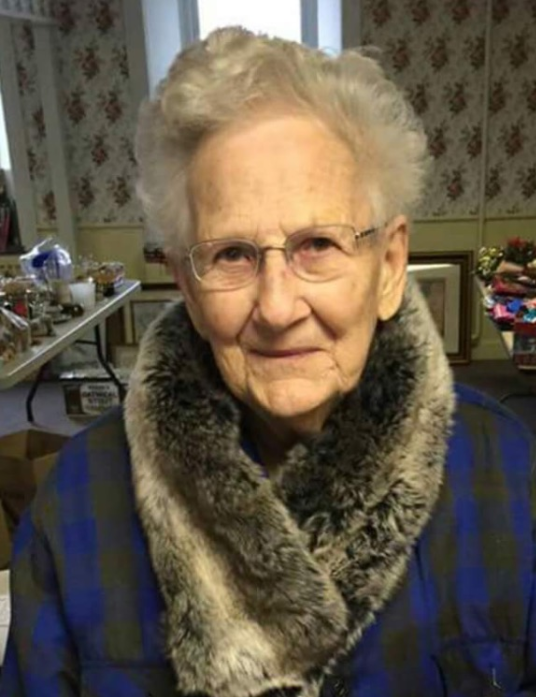 On July 4th, 1925, Thelma May (Brewer) Temple was born to Stephen and Blanche (Smith) Brewer of McDonough, NY.  She lived her formative years there, graduating from Oxford Academy.  On August 28th, 1945, Thelma and Gerald M. (Bub) Temple were married at Cortland County Fair, in front of the grandstands.  They shared their lives and family for 63 years.  Bub and Thelma had five children and raised their family in a home that Bub built in German, NY.

Thelma was a wonderful cook.  She will be fondly remembered by friends and family for her homemade “Spice Cake” and steamed New England Brown Bread.  Because of their shared love of music, countless country/bluegrass “hoedowns” were held on Saturday evenings in their family’s home.  The crowning touch of these events was Bub and Thelma’s special rendition of “Little Green Valley.” Friends and neighbors have fond memories of these gatherings.

A deeply spiritual woman, Thelma was always willing to share her faith, and held membership at the Seventh-Day Adventist Church.  She enjoyed nature and frequently spoke of the love she had for her little home in the country.  Flower gardening was a passion of Thelma’s.  Summer days were regularly spent in her “posey-beds” during the later years of her life.

Well-remembered for speaking her mind, Thelma’s forthright and honest willingness to share with others was admired and smiled about.  Her spunk, zeal, and determination will be missed by all who knew her.  With a fondness for spending time with her family, Thelma enjoyed being a mother, grandmother, and surrogate mother to many.

A graveside service will take place at the Westview Cemetery on Saturday, September 24th, at 4 p.m. Her son, Pastor Michael Temple will be officiating.  A life celebration will follow at 6 p.m. that evening in the Willet Fire Hall, Willet, New York.  A potluck meal will be shared with the family; guests are encouraged to bring a dish to pass.  Table service and beverages will be provided.  Because Thelma loved music so much, the family is requesting that those with stringed instruments bring them along.  An old-fashioned “hoe-down” will follow the meal on Saturday evening.

In lieu of flowers, the children request that any financial gifts be sent to the Westview Cemetery Association, c/o Cindy Nogva, McDonough, NY 13801 in memory of Thelma Temple.

To order memorial trees or send flowers to the family in memory of Thelma M. Temple, please visit our flower store.